In the past, the Russian state has championed the benefits of cultural exchanges and stood against those who would end them. Now though, by banning US liberal arts institution Bard College, is Moscow ignoring its own sage advice?
On the surface, universities are about education alone. But in the tense atmosphere of the new Cold War, their activities have acquired political overtones. For some time, Chinese-funded Confucius Institutes have been a target of Americans who fear that they are subverting the US body politic. It was hardly surprising that in due course, Russian cultural institutes and programs also came under suspicion.

So, in November 2019, journalist Graham Bowley – the husband of Canadian Finance Minister Chrystia Freeland – penned an article in The New York Times asking, “Has a U.S. College Given Russia Too Friendly a Platform?” In this, Bowley complained that American University in Washington was running a program of Russian cultural events, including performances by Russian artists and discussions of topics such as “Russian American cooperation in World War II.”

It sounds harmless enough, but Bowley did his best to paint it as deeply suspicious. Some appeared to feel that such cultural events “ignored current tensions to focus on a historic image of Russia and its culture,” he said. They presented “too favorable a perspective on Russia by focusing on the glories of its arts and history at a time of aggression in Ukraine and election meddling [sic].” Something should be done about this sinister effort “to expand Russian influence,” Bowley implied.

Responding to the article, the Russian ambassador in Washington, Anatoly Antonov, argued https://russiancouncil.ru/en/analytics-and-comments/comments/cultural-ties-in-russia-u-s-relations/?sphrase_id=77235985 that “even during the Cold War, politicians understood the necessity to develop cultural, educational and scientific contacts between our two nations.” According to him, “citizens of both countries should have an opportunity to get acquainted with the uniqueness and diversity of each other’s cultures.” Emphasizing their value to young people, Antonov said that “only through frequent and authentic cultural exchanges can they develop their own – stereotype-free – perceptions of each other,” and added that “the mutual isolation that has gripped Russia-U.S. politics and economic issues should not now be extended to our cultural relations as well.”

Now, fast-forward 18 months and the roles have been reversed. Disregarding Ambassador Antonov’s words of wisdom about the value of cultural exchanges, on Monday, the Prosecutor General’s Office of the Russian Federation labelled https://www.rt.com/russia/527275-bard-college-ban-undesirable/ New York-based Bard College an “undesirable” organization, on the grounds that its activities in Russia “pose a threat to the foundations of the constitutional order and security of the Russian Federation.” Henceforth, Russians found to have dealings with the college could face a fine of 100,000 rubles or two to six years in prison.

The target is Bard College’s relationship with St. Petersburg State University. Students from the two institutions regularly attend courses on each other’s campuses, with some taking a joint St. Petersburg-Bard Masters degree in music criticism. In addition, Bard and St. Petersburg have combined to create the jointly-run Smolny College, which operates the ‘Bard Abroad in St. Petersburg Program’. This allows American students to spend one or two semesters studying in Russia, where they can, according to Bard’s website, “combine a liberal arts curriculum with linguistic and cultural immersion by taking classes in Russian, side by side with Russian students.”

One might imagine that this was precisely the kind of thing that the Russian state should be encouraging. Bring young Americans to Russia and show them that the country is not the centre of evil – the Mordor – that the American media often casts it as. Banning the program seems a lot like shooting oneself in the foot.

Commenting on the decision on Twitter, Aric Toler of the investigative journalist website Bellingcat perhaps inadvertently provided a clue to the Russian authorities’ motivations. He noted https://twitter.com/AricToler/status/1407016445804941317 that “half the American journalists, academics and so on who work on Russia have gone through a program at Smolny, Bard or otherwise, and I’d bet that almost all of them/us have a more sympathetic view of Russia because of it.”

Given the overwhelmingly negative image of Russia painted by American journalists, as well as the trouble that Bellingcat has caused the Russian government in the past few years, one can perhaps see the logic of the Prosecutor’s decision. If these are the kind of people that the Bard-St. Petersburg program is producing, the ever-suspicious Russian security apparatus might well have concluded that it was better off without them.

This, though, surely exaggerates the impact of a single university program. One must doubt, for instance, the claim that half of American journalists and academics writing about Russia passed through Smolny. It seems implausible. Regardless, one needs to ask whether it would be better for Russia if half the American journalists and academics writing about Russia were people who, rather than spending some time in the country learning the language, had never been there at all and based their scribblings on pure ignorance? Surely not.

One possible explanation relates to Bard’s connection to the Hungarian-born billionaire George Soros, whose Open Society Foundation has given the American college several hundred million dollars. The organisation is banned from operating in the Russian Federation, and has been declared “undesirable,” so it might be that the prosecutor’s office feels that Soros is using Bard to get around this ban.

But even if this is so, one has to ask what harm comes from showing American students the beauties of St Petersburg. And what harm comes from sending Russians to New York to learn music criticism? It’s difficult to imagine. Harm does, however, come from eliminating cultural exchanges, for all the reasons that Ambassador Antonov mentioned. In an era when Russian-Western relations are at rock bottom, these channels are about all that we’ve got left on which to build a better future together. This decision threatens that. It will send a chill across the academic community, and deter anybody in Russia or the West who is considering future cooperation on even the most mutually beneficial matters.

Given that we can’t penetrate the mind of Russia’s prosecutors, it’s impossible to understand the reasons behind what appears to be a foolish and counterproductive decision. Unless it was based on privileged and as-yet unreleased information, the best guess is that it reflects a growing sentiment within the Russian state that it is under siege from the West and that anything that could be a potential fifth column within Russia needs to be eliminated. In the process, state agencies are adopting a scatter gun approach, obliterating all and sundry regardless of whether they really make up the alleged fifth column or not.

“Everyone benefits from greater cultural understanding between our two nations, now and far into the future,” Ambassador Antonov wrote. He was right. The Russian government should heed its own diplomat’s words, and take every opportunity to expand this kind of cultural understanding, not restrict it even further.

*Paul Robinson, a professor at the University of Ottawa. He writes about Russian and Soviet history, military history, and military ethics, and is author of the Irrussianality blog. 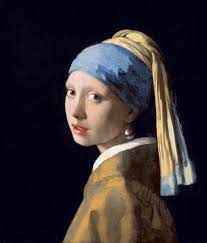